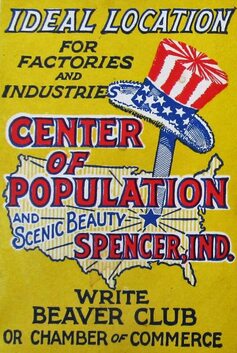 Viquesney was active in Spencer's social activities. Below is a description and photo of the fraternal organization that he created, called the Beaver Club. The photo below is thought to have been taken at the club's 1931 Christmas party. Viquesney is shown in the center of the third row, and his first wife, Cora, is second from the right in the second row. Howard Briceland, who presented Spencer's Doughboy at its dedication in 1927, is seated at the front right. The club was formed by Viquesney in 1923 (not 1925, as stated in the article below), with the first meeting taking place in January of that year.

​According to Spencer historian Dixie Richardson, Viquesney's Beaver Club was the forerunner of the local Chamber of Commerce. 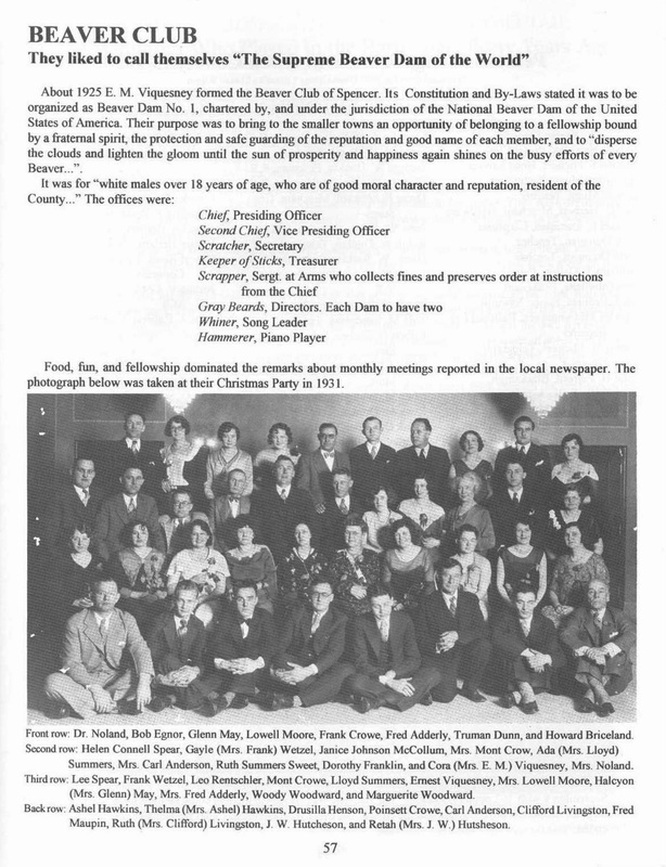