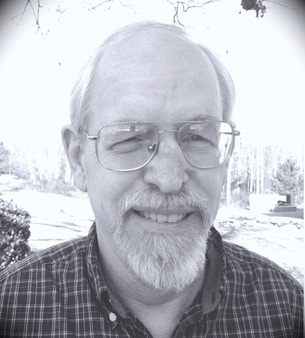 Alan Anderson, Archivist, Sumter Historic Trust, Inc.
E. M. Viquesney Biography
by Alan Anderson
Published by permission of Mr. Anderson
My cousin Nan Gunn's most recent effort in "The Sumter Free Press" was about another of my favorites in local history.  My maternal grandfather, Edgar M. Purvis, was a stonecutter and, later, salesman for C.J. Clark's Monuments.  As a consequence, he was a friend of E.M. Viquesney, the sculptor and promoter of "The Spirit of the American Doughboy" statues. I have in my possession a letter from Mr. Viquesney to Ed Purvis, written in 1933 upon the occasion of the passing of [Cora, Viquesney's first] wife.

I offer our readers a recapitulation of an article I wrote in 1995 that was published in Save Outdoor Sculpture's newsletter, under the sponsorship of the Smithsonian Institution.

Ernest Moore "Dick" Viquesney (1876-1946), a native of Spencer, Indiana, son and grandson of French sculptors, designed the ultimate World War I memorial - his statue entitled "The Spirit of the American Doughboy".  A seven-foot American soldier, boldly entering No-Man's Land, the striding figure is accurate in every detail, even down to the stitching on the knapsack.  As of this writing [1995], T. Perry Wesley, editor emeritus of Viquesney's hometown newspaper, has documented at least 138 life-size copies located in 35 states!

Arriving in Americus in October 1905, from his native state, E.M. Viquesney went to work for C.J. Clark's Monuments, designing mortuary sculpture.  During those early years, he polished his craft on the monuments then being erected at Andersonville National Cemetery and at the nearby site of the former Civil War prison camp.

The Aug. 25,1912 issue of "The Times-Recorder" noted that "Mr. and Mrs. E.M. Viquesney have come from Atlanta and will again reside in Americus.  They are at home with Mrs. P.H. Williams."

In 1915, "Dick" Viquesney and his first wife, Cora, moved back to Spencer, but after a year's sojourn, returned to Americus in February 1916 to accept the position of head of the designing department and sales manager for the Schneider Marble Works, local rival to Clark's Monuments.  Another family connection here, by the way.  Charles Augustus Schneider, the owner, was married to the sister of my great grandfather, W. Henry Speer.

Briefly, during the summer of 1917, the Viquesneys spent a month in Peoria, Ill, where he had accepted a position with a large marble concern, but returned to Schneider's in Americus in August.  By February 1918, Viquesney had changed bases again and become special designer at Clark's Monumental Works on S. Jackson. A portion of the plant remains in the form of a laundromat, and Carroll J. Clark lived in the two-story stucco house he built across the street in 1909.

However, it was back with C.A. Schneider & Sons, in 1920, that E.M. Viquesney brought to fruition his dream of "the only absolutely perfectly equipped and historically correct example of what the United States infantry soldier was, and stood for". It was here, also, that he patented an above ground vault memorial marketed exclusively by Schneider's in January of that year.

E.M. Viquesney, himself a veteran of the Spanish-American War, devoted all his spare time over a two-year period to perfecting his statue.  He interviewed returning veterans, studied hundreds of photographs and even had two local veterans, A.B. "Boozie" Turpin and Walter Rylander, Sr., model in their full combat regalia.

Apparently, the Doughboy's earliest sale was the $5,000 order for Nashville, Ga. in August of 1920.  In April 1921 came theDoughboy's design selection as the official national American Legion memorial at Centralia, Wash.  This claim is in some dispute, as the American Legion has no record of such a designation and the statue in Centralia is not Viquesney's, but a statue called "The Sentinel" by Alonzo Victor Lewis, installed in 1924.

It was announced that a 12-inch miniature version would be available, for six dollars, by June 1,1921.  Many of these were manufactured in the building behind the Rylander Theater and I am fortunate to have one, minus the bayonet, that was given me by my late aunt, Mrs. Rosalie Bass, who literally rescued it from our Giddings cousins' trash can.

In the interim, the Nashville statue was on display in the lobby of the Rylander Theater as well as the Windsor Hotel, where locals "who served in France (were) unanimous in declaring it to be a perfect representation of the soldier in every respect, including equipment."  Another copy was to be dedicated at Furman University, in Greenville, S.C., on June 7,1921.

The 1921 Armistice Day unveiling in Americus was preceded the day before by a letter from E.M. Viquesney in the newspaper wherein he noted "that there is a report existing, probably being passed about by those who are ignorant of such fact, that the Doughboy statue...is a small size of the one shown here previously.  I want to state frankly and freely that this is a misrepresentation on the face of it, caused probably by the ignorance of the parties who are passing it around, of the fact that a statue erected on a pedestal any height loses rapidly in size, especially in height."

The formal dedication ceremony of his adopted hometown's own $4,000 version saw it mounted on a ten-foot marble pedestal from Schneider's, with a six-to-seven-ton boulder.  There was a minor glitch, however.  The next day's newspaper carried the correction by E.M. Viquesney "to state for the information of the public that he did not 'hide out' in the crowd, as was stated in the report of the ceremonies, but did not occupy a seat on the speakers' stand solely because he was not invited."  Oops!

Originally in the intersections of Lamar and Lee and Forsyth and Lee, the Doughboy and Civil War monuments were moved to Rees Park in 1947.

In January 1922, Walter Rylander bought out E.M. Viquesney's interest in the Doughboy business with plans to eliminate the factories in Chicago, New York and New Brunswick, N.J. and consolidate manufacturing in Americus.  At the same time, Schneider Marble Co. bought his patent on his vault monument.  By the end of the month, "Dick" and Cora Viquesney had moved home to Spencer for the last time.

His creative juices flowing, E.M. Viquesney began a new industry, the "Imp-O-Luck", A Leprechaun-like figure, replete with horseshoes and four-leaf clovers, and within five years the business was processing tens of thousands of orders.  Viquesney built a two-story office building which he occupied, then, in 1928, the Tivoli Theater, a two-story affair of Spanish design.  Meanwhile, on the first business day of January, 1926, he had reacquired the rights to the Doughboy and brought it home as well. Throughout the late '20s and into the 1930s, Viquesney produced miniatures of Abraham Lincoln, and heroes of his own era, Charles Lindbergh and Knute Rockne.

E.M. Viquesney's beloved wife, Cora, died in 1933, although he remarried a couple of years later. Throughout World War II he produced statuettes of the new U. S. fighting man, the GI, and tributes to the Navy and Air Force. With the death of his second wife, Betty, shortly after his seventieth birthday, Ernest Moore Viquesney, alone and despondent, committed suicide at his home in Spencer on October 4, 1946.